When Al Gore supposedly invented the internet (or so, he claims….), he had no idea of the impact it would have on the Urbex community.

Nowadays, mainly because of the advent of the world wide web, the modes of Urbex information transmission have been turned upside down.

For better, and for worse.

Until a decade ago, Urban exploration had long relied upon word-of-mouth. In many cases, people “in the know” shared information about certain sites, but only with others who could be trusted not to damage the site, call attention to themselves, or take risks that could result in injuries.

That’s how I started.

In the last 5 years, however, numerous websites and forums, full of locations and photos have popularized the activity. Not to mention TV shows, like HBO’s Chernobyl, which have become fly traps for millennial posers and would be Instagram influencers (if self serving pseudo rebels aren’t your thing btw, stay away from social networks such as Instagram or Facebook). 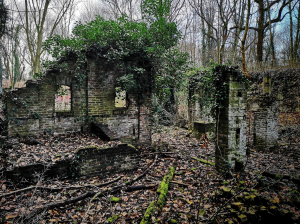 The Internet has made it possible to bring together amateurs of wastelands, once separated by great distances or just not knowing each others.

The web is now allowing us to interact as well as share tips and experiences. Apart form the above mentioned social networks, there are an entire flock of sub-reddits on the subject you can find at https://www.reddit.com/r/Urbex/

Likewise, many websites and Flickr pages have been created in the last decade, leading to the discovery and sharing of many sites still unknown to most of us.
This, by the way, has sparked a real debate within Urbex circles, and the emergence of a code of ethics, as for the discretion and the preservation of some decaying places.
Some people share geographical coordinates, others don’t. Debates about this are frequent and sometimes heated. 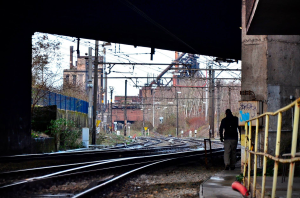 With advent of cyberspace, and the relative popularity rise of Urbex practices, there has been increasing discussion on whether the extra attention has been beneficial to urban exploration as a whole. As you surely know, the unspoken rule of urban exploring is “take nothing but photographs, leave nothing but footprints”, but many individuals have other intentions and are reason of concern among many property owners.

Here, at The Urbex Sentinel, we short circuited the entire debate by mainly publishing pictures of places, after they’ve been demolished. So sure, we’ll give you addresses, but in most cases, the places are no longer there.

As far as websites go… There are not that many, but there are a few internet based methods I use to find locations: for example, I will connect to the web and look up something like Abandoned _____ in [country], and sometimes a blog post or website will come up with information.

I’ll also go onto Google maps and look for satellite pictures of places near me. Then spend some time and just dig around for some interesting buildings and locations. In fact, Google Earth and Google Maps (including their ‘MyMaps’) is by far what I use most.
It also helps to have good search techniques. You’ll find a lot more stuff if you implement a handful of simple search tools (look up boolean searches on Google or where ever and spend 5 minutes reading it – you’d be amazed how much more you’ll find if you do).
Get creative. 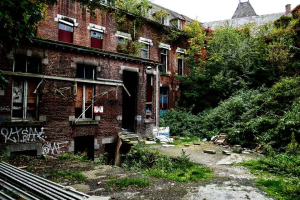 Then there are specialized apps, such as Abandonedapp (http://abandonedapp.com/). Its
GPS mapping will automatically locates and displays abandoned places near you, allowing you to read and share comments, reviews and experiences about each location. It even allows you to store a private log of your own locations. At this point, it only covers U.S. and Canada though.

Apps like this usually receive mixed response from dedicated urban explorers, and those interested in keeping certain sites secret from the public at large. But on the other hand, a lot of abandoned sites are in serious need of attention, and the sooner they’re saved, the more of their history can be preserved.

So overall, the internet has mostly been a blessing for Urbex explorers.

Of course this is all dwarfed by the creation of The Urbex Sentinel, in 2018.(Sarcasm intended)
But then again, if you’re reading this, you already knew.