In a previous article, we’ve talked of going up (see here). It only makes sense that we now discuss going down.
Pedantly, “speleology” is the science of exploration and study of all aspects of caves and their environments.
Visiting or exploring caves for recreation is called “caving”, “draining”, “potholing”, or “spelunking”.

Cataphiles, on the other hand, are different animals. Their passion centers around the visit of underground locations built by man a.k.a “subterranology”, that is to say, the study of large cities’ hidden sub-infrastructures. As ex-city mayor Adrew Cuomo once stated; “What made Manhattan Manhattan was the underground infrastructure, that engineering marvel.” Politician millionaire Cuomo, the friend of Urbexers, then…

Historically, cataphiles were urban explorers who illegally toured Paris Mine; a term popularly used to describe a series of underground tunnels that were built as a network of stone mines (which are no longer used). The world famous Paris Catacombs are a subset of this network.
Because of the danger of getting lost, accessing the Paris catacombs without an official escort has been illegal since 1955. There is an actual fine for people caught by the E.R.I.C – the special police who patrol the mines. You will often be asked to pay on the spot, before being escorted outside. So don’t forget to bring your cash…

Last, but not least, I should also mention the visit of aqueducts and sewers; an activity called “draining”. It is remarkably popular, as one of the major components of every city’s infrastructure is its management of its water flow, it is possible almost everywhere. Whether drinkable, industrial, rain or waste, the said water management requires underground pipelines for transport (aqueducts, sewers, pipes …) or storage (basins and spillways).

Underground Urbexer’s motivations can be very diverse: historical interest, need for solitude, attraction for the mineral world, and of course, as in the case of most Urbex activities; a bit of taste for the forbidden.
By extension, the absence of daylight makes it possible to forget time, and only through the noise of subways, for example, will it be possible to know if it is daytime or night.
The underground Urbexer can then experience total hermitage, making him sole master of what he sees and hears. The complexity of galleries following the streets create many areas with low passage, and explorers of the underground can spend several days without crossing or hear anyone.

Many cataphile Urbexers, accustomed to this experience, often repeat it, each week for some, or spend several days underground, with food and a hammock.
Most of the consolidation, digging and comfort facilities that are done illegally in the galleries are often done by these basement dwellers.
There also lives a true counter-culture, called “underground” (who would have guessed…?), with bars, clubs and even art galleries. 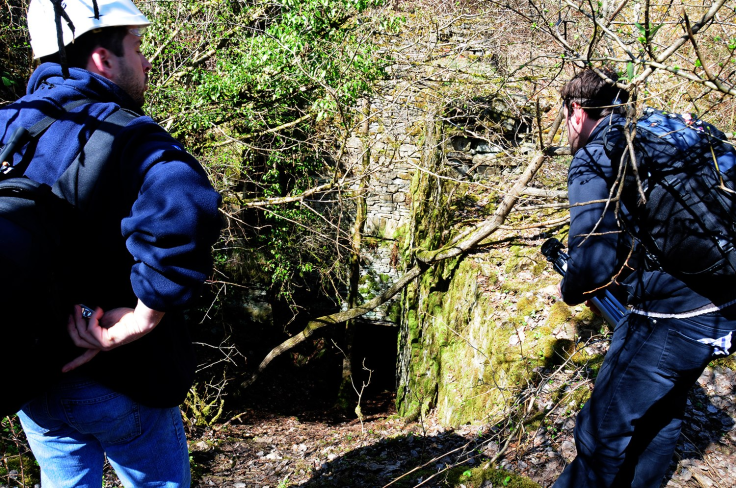 Going down is not as straightforward as it first appears then.
Some caving techniques can sometimes be used to explore difficult to access areas (stepless wells, collapsed vertical passages, drowned galleries …). Remember however that when entering an underground confined space, very specific safety measures should be put in place.

What do I call a confined space ? It is any space that

A utility tunnel, the inside of a boiler, a silo or a furnace are all examples of confined spaces.Entry into any confined space will only proceed when:

Here, I should address the most crucial issue with Urbexing in any confined space: the lack of oxygen.
I know, I am not your mum, but this is some dangerous shit. Remember this simple axiom: no breathing, no living !!
If you are planning to do this a lot, I recommend you invest in a cheap chinese O2 + multigaz portable anlyser. You can get a decent one for about 150 U$. Get yours quickly before 25% tariff is added… 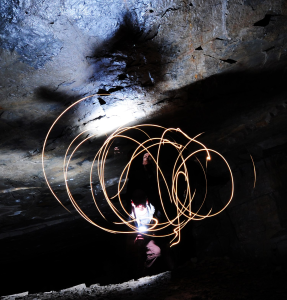 However, if you’re reading this blog, I imagine you don’t often listen to reason. So let me try to explain the issue a little…
Each time you take a breath, you inhale more than oxygen. The normal air in our environment consists of different gases. Approximately 78 percent of the air is nitrogen, while only about 20.9 percent is oxygen. The remaining part is made up of argon, but trace amounts of carbon dioxide, neon and helium are also usually present.
SERIOUS side effects can occur if the oxygen levels drop outside the safe zone. When oxygen concentrations drop from 19.5 to 16 percent, and you engage in physical activity, expect impaired judgment and breathing; with oxygen concentrations dropping from 10 to 14 percent, any amount of physical activity will get your body quickly exhausted.
Humans don’t survive with levels lower then 6.5 percent of O2.
The presence of toxic gazes like methane or hydrogen sulfide from the fermentation of organic matter may also represent a real threat. Likewise, it is crucial to remember that some toxic gases, such as Chlorine, are heavier then air. Their concentration will therefore increase as you go down.
So everything will be fine…until it isn’t. Gazes like Carbon Monoxide are not called the “silent killer” for nothing.
Hence my above recommendation; do not enter confined spaces faster/closer then 120 seconds apart from your buddy. If something is to happen, it will hence only affect the first person in. Keep in mind that if this happen, and the proverbial shit hits the fan, you should not rush in to help; you’d soon be out too.
Call for outside help. You either need a self contained breathing apparatus to go in, or at the very least, the place has to be properly ventilated.

After all is said and done, it is clear only an idiot would do this sort of thing.

I’ll see you down there then…

3 thoughts on “Deep Down”